Worker’s Compensation News for Fontana May 21, 2019

The California State Senate voted 38-0 to pass SB 537, a multifaceted bill by Sen. Gerald Hill, D-San Mateo, that would require the Division of 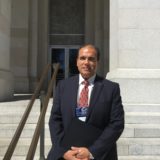 Workers’ Compensation to post the web address for all approved medical provider networks. The bill would also require MPNs to post updated provider rosters to the websites starting in July 2020.

If you’ve been injured at work, most likely you are in a workers compensation medical provider network. These networks are difficult to navigate and there are hundreds of them in the state. Generally, you don’t know you’re in a medical provider network until you’ve had a work injury. We have represented many Fontana injured workers and workers compensation claims and have been successful in locating doctors for them in the Fontana area.

This law would help us navigate these medical provider networks online as many of these networks contain doctors who do not see injured workers, no longer practice due to retirement or death or contain doctors that won’t see injured workers represented by an attorney. Some of the doctors on these lists don’t even know they’re on the list.. Many medical providers in the Fontana area who treat injured workers need better compensation as the fee schedule makes it difficult for them to see people with work injuries. This would also set a bottom billing rate so that doctors can get compensated for treating injured workers in the Fontana area.

If this bill passes, your work injury lawyer would be able to access the medical provider network online making this easier to get your treatment completed by a good doctor.

If you’ve been injured at work, please contact a work injury lawyer near Fontana at the Law offices of Cleveland & Metz for more information.